About the Kingdom of Tonga

Every day the sun rises and awakens Tonga before any other country in the world. Journey back in time to experience the Kingdom of Tonga’s authentic and compelling mix of centuries old culture.

Tonga is the only monarchy in the Pacific and the only pacific nation never to fully lose its indigenous governance. Also known as “The Friendly Islands” it consists of 171 coral and volcanic islands spread over 747 sq km with 48 of those inhabited.

The word “Tonga” means south in many Polynesian languages and it is believed that its inhabitants originally came from Samoa back as far as 500BC. Kings have ruled these islands for around 1000 years, reaching their zenith in the 13th century.

Dutch Explorer Able Tasman first visited the main island of Tongatapu in 1643, but regular European contact was another 125 years away. British Captain James Cook visited the archipelago in 1773 and 1777 and he coined the phrase “The Friendly Islands” because of his perception that its people were of a gentle nature.

Christian missionaries arrived in 1747 and then again in 1812 and today the country’s 110,000 inhabitants remain strongly Christian. One of the main claimants to the crown, Taufa’ahau became a Christian in 1845 and he was formally proclaimed King George Tupou 1st and the present dynasty began.

Modern day Tonga is still about its people and its traditional culture, although is capital Nuku’alofa is more westernized than the rest of the Kingdom. Total population is approximately 110,000 people. 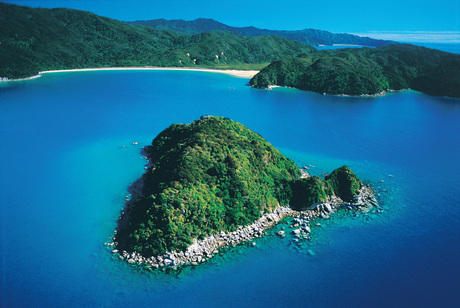 Families are paramount in Tongan life with each member playing a defined role. Women have a higher social standing than other Polynesian cultures, with some authority over male family members.

Tongans enjoy the beach and the sea and revel in any opportunity to sing and dance. Religion come a close second to family and almost all Tongans are church goers with little open on Sundays except to service the tourists.

Many Tongans live abroad in New Zealand, Australia and the United States of America. Tourism plays a major and growing role in this economy.

Tonga is located in the heart of the South Pacific lying east of Fiji, south of Samoa and north of New Zealand. Its geographical location is situated between Latitudes 16 and 23o South at approximately Longitude 174o West. It is divided into four distinctive island groups and lies directly to the West of the international dateline.

Tongatapu is Tonga’s cultural centre. Nuku’alofa is the capital and is the most populated of the island and located in the south region of the total group.

Vava’u is located another 12km north and Tonga’s main tourism hub with its magnificent islands and natural harbours.

Niuatoputapu, commonly referred to as the “Niuas” is located in the extreme northern part of the group boasting an isolated trio of volcanic islands 500km from Tongatapu.

Most tourists fly to Tonga, landing at Fua’amota International Airport, which is about 15 kilometres (nine miles) south-east of Nuku’alofa. There are direct flights from Australia, New Zealand, Fiji, Samoa and America (Hawaii).

Basically if you are not from any of those countries you will need to get to one of them to fly to Tonga. Auckland (NZ) and Nadi (Fiji) have the most flights weekly.
Air New Zealand has daily flights from Brisbane, Melbourne and Sydney with 5 connecting flights to Tonga weekly.

Air New Zealand also has international flights from Europe and America which will connect to Tonga.
Air Pacific, Fiji’s national carrier, flies the Suva and Nadi – Nuku’alofa route 3 times a week. They have connecting flights to Australia, America and Japan.
Pacific Blue, the international airline of the Australian- based Virgin Blue, has flights from Sydney and Auckland twice weekly. Flight time from Australia is just over 4 hours.

Vava’u is also a popular destination with international yachties because of its protected harbour.